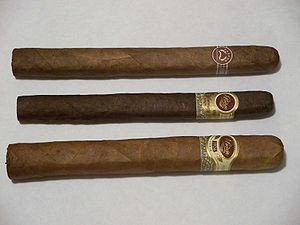 Jose Orlando Padron is the father of the Padron cigar name.  In 1964, Padron founded Padron Cigars while in Miami, Florida.  Officially the company is called Piloto Cigars Inc, but it is commonly referred to as Padron Cigars.

Padron moved Padron Cigars to Esteli, Nicaragua in 1970.  The company is privately held and is run by the Padron family.  The Padron mantra is “When Padrón Is On The Label, Quality Is a Matter Of Family Honor.”

The Padron family takes this claim very seriously.  Unlike many other cigar families, the Padron family maintains all management and control of the Padron Cigar Company.  Jose Padron still has an active role in the Padron business and his son Jorge Padron stands as his eventual successor.

They do not employ a separate sales force.  The Padron family deals directly with all customers and takes pride in being one of the only premium cigar brands to have such a top to bottom family run organization.

Like many other Cuban tobacco families, the Padron family was forced to leave Cuba in the 1960s when Fidel Castro’s communist government nationalized the tobacco industry.  This was not the end of the Padron Company’s political hurdles, as they struggled to keep production going through Nicaraguan political strife, then Honduran political complications and finally returning to Nicaragua where they remain today.

Padron has three cigar blends.  Each represents a different style of cigar.  Although positioned as a premium cigar brand, Padron tries to cater to all cigar smokers with a variety of cigars in each distinct series.

The Padron series offers fifteen vitolas, each available in a natural and a maduro wrapper leaf.  The Padron series is made with sun grown Nicaraguan Habano tobacco used for the wrapper, filler and binder.  The tobacco in Padron series Padrons is aged for two and a half years.

Padron also has a 1964 Anniversary series, which are also Nicaraguan Puros.  Made with Nicaraguan wrapper, binder and filler, the anniversary Padrons were made to celebrate the thirty year anniversary of the Padron brand.

The third series, the 1926 Series, is unique in that all the tobacco is aged for 5 years or more.  Padron is an award winning brand and boasts many top rated cigars.