“Although I have always thought the Eiroa boxes were beautiful, I fell in love with the packaging of the Eiroa First 20 Years and wanted to bring that same feeling into the rest of the Eiroa lines” said Christian Eiroa, owner and ceo of CLE. Cigar Co. 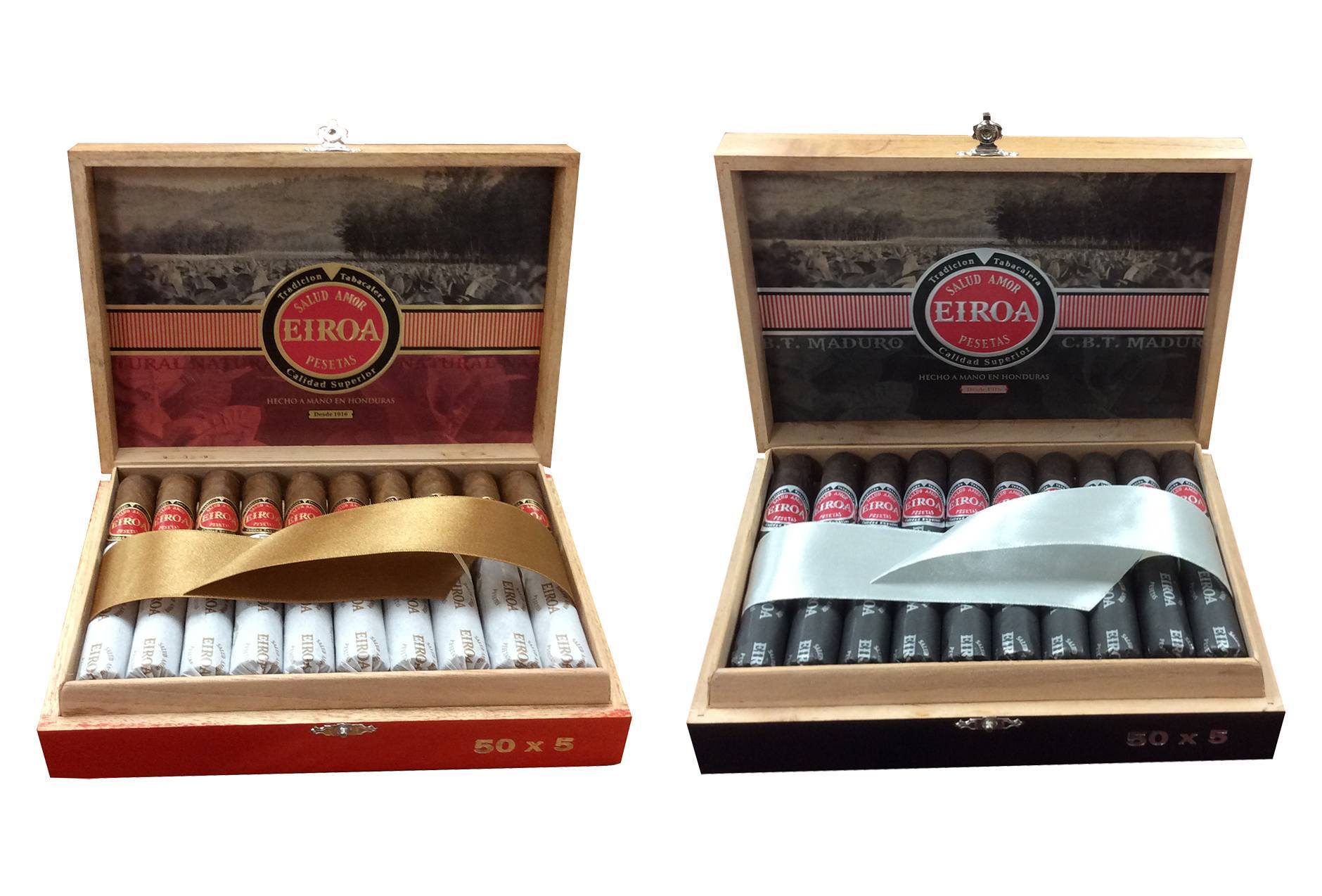 The boxes are the work of Carlos Pando, a Cuban graphic designer who also designed the Eiroa First 20 Years packaging. “I wanted the boxes to stand out and bring attention to the already amazing cigars” he noted.

The change to the Eiroa Classic and Eiroa CBT Maduro is purely visual and related to the boxes, as the company isn’t changing the blend, bands, pricing or box count.

It will be interesting to see if the rest of the CLE lines get a packaging update. No plans have been released to date on this.

about Eiroa by Christian Eiroa cigars

It was in the summer of 1916 when generoso eiroa got his first job as a boat captain for the cuban land and leaf tobacco company that the eiroa family began a tradition that would extend into it’s fourth generation. the eiroa cigar brand is an homage to this heritage that has been 100 years in the making.

In 1915, Generoso Eiroa left his home Village of Viveiro, Spain in Galicia for Cuba chasing his dream in the Caribbean. His introduction to tobacco arrived indirectly when in 1916 he became a ship captain for The Cuban Land and Leaf Tobacco Company. Piloting a ship from Punta de Cartas (just south of Pinar del Rio) to Las Martinas (where the company would grow much of their tobacco).

Genereso J. Eiroa Jr. was born in San Juan y Martinez on September 16th, 1935. The eldest of three boys, his responsibility was to work in the Victoria del Corojo farm at the age of 14 as Generoso Sr.’s struggled with his health. He began in the sorting rooms for the tobacco from La Victoria del Corojo. By the age of 20, he controlled the entire operation. In between he still managed to graduate from Belen High School in Havana in 1952 and earn an accounting degree from La Universidad de la Habana. His last year at La Victoria was October 1960 when Victoria Eiroa and her three boys left Cuba hoping to return after Christmas that year; something that never happened and they have not returned since.

It was 1997 when Julio Eiroa began to grow the famous Authentic Corojo Seed from a farm called Sta. Inez del Corojo, owned by a Mr. Diego Rodriguez. This seed has very low yield when compared to today’s hybrids but it is the only one that is able to deliver this strength, body and flavor. This seed completely revolutionized the cigar industry making “Corojo” the new catch word. In 2008, the Oettinger Davidoff Group acquired the Camacho brand along with others making it one of the most popular brands in the world.

It was in 1995 when Christian Eiroa went to Honduras to learn about tobacco and cigars. His training put him on the fast track to learn as much about tobacco as possible. This was as the cigar boom of the 1990’s was gaining steam so the learning curve had to be accelerated. He began to understand the business because it was what he had grown up doing, without knowing it.

When the company was purchased in 2008, Christian remained for the duration of the transition until 2011 when he decided to venture on his own. In July, 2012 he launched the CLE Cigar Company which was different than anything that had been done in the past. This was consistent with his mentality of breaking away from the norm and always asking only one question: “Why not?”