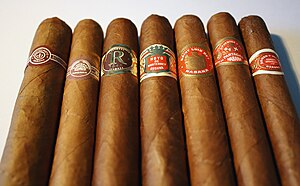 Cuban cigars are legendary in the cigar world.  They have historically been considered the best cigars in the world due to the ideal climate and soil conditions as well as a rich cigar tradition.

Although the political changes in the 1960s changed the dynamic of the Cuban cigar industry, they are still considered the best.  The communist government in Cuba runs the cigar industry.  They own all of the farms and factories and all the production and other business decisions are made by the government.

This caused many of the historic Cuban cigar families to flee the country in search of a new country to ply their trade, and left Cuba with at least less cigar experts than before.  So there is no guarantee that any cigar made in Cuba is going to be great.

But it is important to know what are the best Cuban cigars.  The best Cuban cigars today are still the classic brands of history, they just aren’t run by the same people they once were.  In fact many of the Cuban brands have a counterpart with the same name that is sold in the US, but the following refers to the Cuban versions. 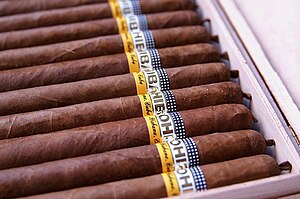 Cohiba is considered by many as the leader in best Cuban cigars and in fact all cigars.  The Cuban government began producing Cohibas

in 1968 for a limited consumer base (mostly Castro and his pals).  They began to be available to the general public in the 1980s.  The word Cohiba is almost synonymous with cigar.  Cohibas are one of the best Cuban cigars.

Started in the 1920s, Rafael Gonzalez is one of the only brands that survived the political changes in Cuba in the 1960s.  They changed names in 1945 but have been producing the world’s best Cuban cigars for almost a century now.